Do you want to know more about working in the Computer Games sector in Scotland?
Ever wondered how games are made and where to start?

As part of the first ever Scottish Games Week, join us at the ‘Get Into Games’ live event where we’ll showcase and ignite the opportunities the Computer Games sector can offer those in the South of Scotland!

This event is ideal for those interested in working in the industry but who don’t know where to begin or what skills are needed, or professionals who are already working with skills which could transfer into the sector.

Hear from Justin Alae-Carew, Co-Head of Games at Blazing Griffin about their journey so far and the breadth of creative skills required to make a game.

You’ll also hear from Digital Development Specialist, Michael Gardiner who will share examples of where games technology is used in non-gaming industries.

And, James Hood, CEO of Esports Scotland, will give an insight into this area of the gaming industry which now boasts a global audience of over 495 million and revenues of over $1 billion as well as sharing how Team Scotland came back with silver medals from this year’s Commonwealth Games.

Food will be provided by our kind hosts at Geek Retreat.

Justin Alae-Carew is Co-Head of Games at Blazing Griffin, a multi-award-winning Glasgow-based digital entertainment company which specialises in telling stories across a wide range of platforms and mediums with a specific focus on video game development, film and TV development and production and post-production services. In games they are best known for Hercule Poirot: The First Cases, Murder Mystery Machine and Murderous Pursuits.

Michael Gardiner is the Digital Development Specialist for South of Scotland Enterprise. In his previous life, Michael was the global real-time lead for Aurecon; an Asia-Pacific-based engineering consultancy. In this role, Michael spent over 15 years working with gaming engines, tools, and workflows to deliver innovative real-time and virtual reality solutions to support engineering projects worldwide.

Esports Scotland’s goal is to help facilitate and grow Scottish Esports like it’s never been done before! Following the success of 3 seasons of the Scottish Esports League, we aim to continue our growth and allow more people to enjoy and participate in competitive gaming across Scotland. ​ After feeling a lack of infrastructure and cohesion across gaming in Scotland, James Hood founded Esports Scotland. Now ESS is a team of 10+ people working constantly across events, tournaments, streams, content, social media, marketing and more, to make the goal of the company and thousands of people across Scotland come true!

If you cannot make the online event and would prefer to join remotely, HIE will be live streaming to ensure you can still experience Get Into Games! Sign up for the virtual event here: bit.ly/GetIntoGamesLivestream

There are no upcoming events at this time. 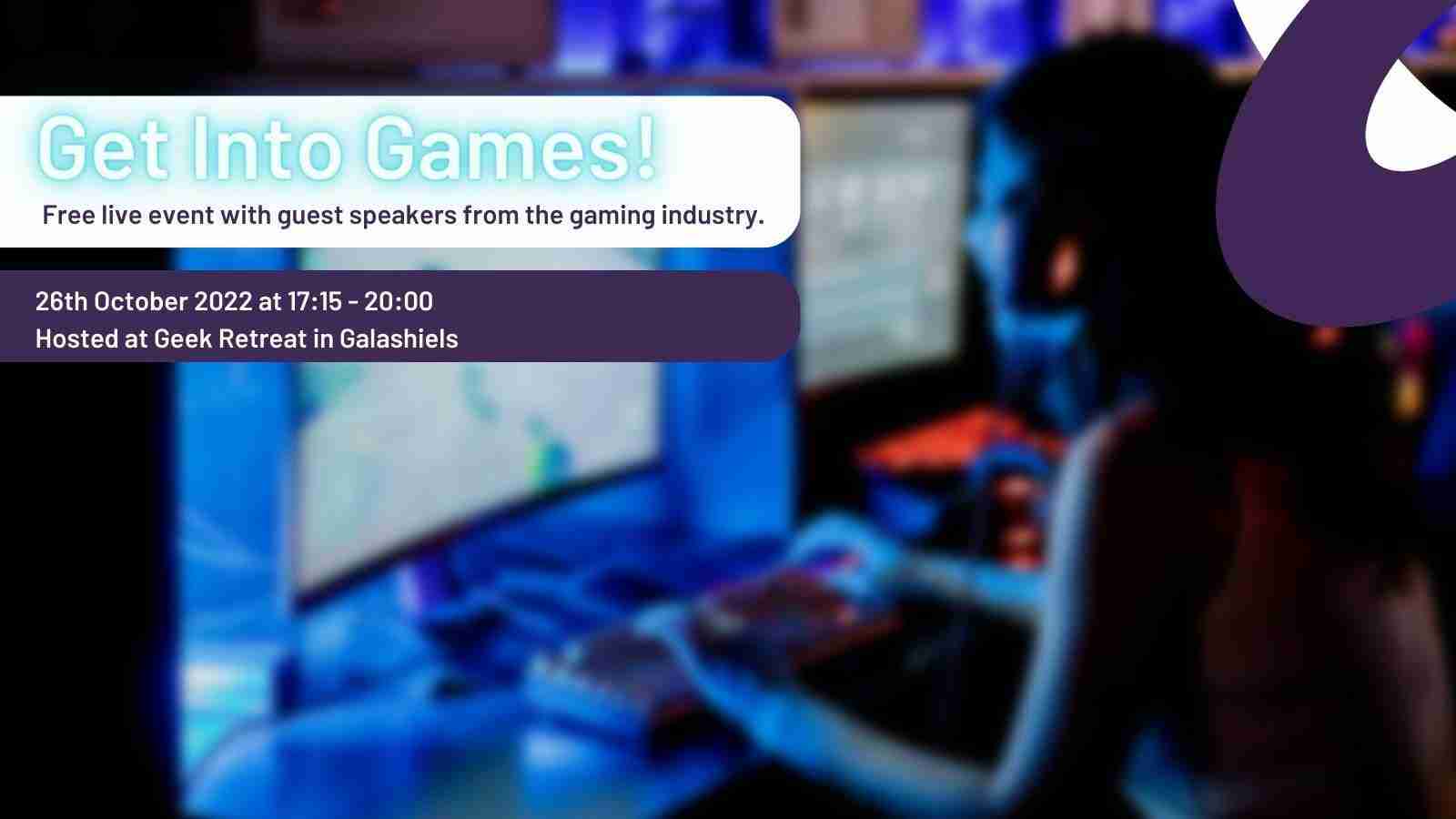